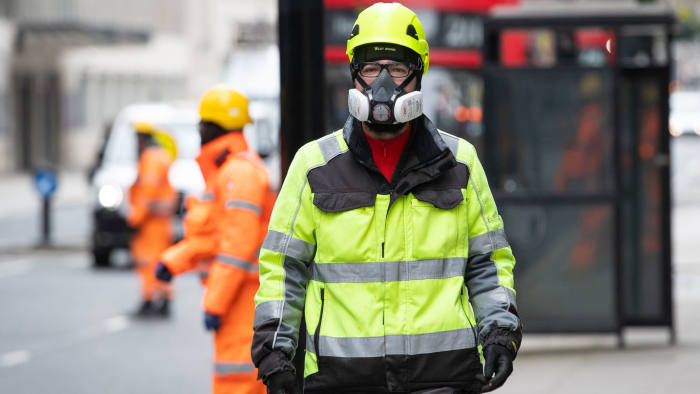 The recent message from the Prime Minister has left deep uncertainty with the general public; however, it has been evident that the economy has been prioritized over the health of the overall population. Now with the economy on hold due to lockdown, the government are pushing to reopen markets as soon as possible. The recent announcement from Boris Johnson on Sunday has given the UK a jumble of oxymoronic confusing messages. But the main message that needs to be addressed is the lack of care for blue-collar workers. The government announced that even before the end of social distancing between family’s. Jobs that cannot be completed at home should start working again.

The majority of work that cannot be completed at home is the blue-collar industry. This includes jobs like labourers, construction and hands heavy jobs. These are the jobs that cannot be completed with the social distancing advisory from the UK government. By introducing these jobs back into somewhat normality at this dangerous time is putting the lives of the working class in more danger than any other individual facing this pandemic. The main problem that the health of  Blue-collar workers face is down to the fact they do not consist of the same technicality as people who can stay at home, nor do they consist of easy to operate social distancing measures. Pushing people who cannot work at home back into work is putting the working class at a higher risk of infection. Yes the economy may be on a stand still, but this ill-thought Plan has indeed showed that one of the biggest failures facing our government’s handling of Covid-19 is the lack of care for the majority.

Inequality itself is a massive factor in past pandemics and epidemics—research on historical matters like the 1832 breakout of cholera in London holds weight to this debate . The investigations of Dr John Snow found that in the more deprived areas were the more infected areas when it came to cholera. To further show that inequality plays a massive role in illness, we can also look at recent flu epidemics where it is the economically deprived that are more susceptible to higher severance of influenza. Even today, poverty is playing a massive role of who is exposed to the Covid-19 virus. The least our government could do is attempt to put public health before economic recovery.

A clear message from the government on Sunday was that there is a priority of economy and capital over lives and it is the lower classes that are the subject to experimentation and are the first to hit with the jeopardy of their health.  This can be seen with the prior experimentation of ‘herd immunity’ which kick-started the high rates of deaths. The majority of people who have to venture out are the people at a structural disadvantage even before the breakout. With the persistent misjudgments of the Government, they will be the most susceptible without any other bias. within deprived areas, the death rate has nearly doubled to the areas of prosperity throughout the UK.the lower class are also at a disadvantage when it comes to the social distancing rule. The majority of working-class people will have jobs where they have to be on the front line and face more of a risk than a worker who can stay at home.

By having blue-collar workers pushed back into work, it will structurally further push a class divide and will prove that this is not a situation where the whole of the UK is in the same boat. We are split by class, and the government’s plan to restart the economy in this measure is throwing the working class under the bus. At times like this, we need to all be in the same boat, where the virus is not open to the structural violence the UK Government has put down in front of this pandemic. There needs to be a deep solution to how we tackle inequality during and after this virus. For too long, there has been an increasing divide on class, and it is apparent that the economics of the UK before the breakout has not pushed bottom up. The actions of the Conservative majority has indeed secured to the general public that the people do not own Britain. It is run by the higher classes who will discredit the work of the ‘low skilled’ supermarket workers and predominant working-class jobs like plumbers, carpenters and electricians. These are all jobs that will break the social distancing and will put these workers at more danger.

In order for this reopening of the economy to work there needs to be adequate PPE. Through the recent muck ups of PPE handout towards hospitals and the lack of any to local supermarkets, it is clear to see this is a bigger problem than what Boris Johnson has given the public an insight into.  With matters like ten years out of date face masks being given to hospitals and nothing given to supermarket workers, it is clear to see that it is way too early to ease the restrictions and open up the economy again.

The government needs a journey of priority, and its first step is to put public health first. Corona related deaths may be going down, but the opening of the economy, to this small extent,  is putting the health of the working class at risk. We need to make sure that the life of every individual is protected. Regardless of class, the humane debate of the world is to stop deaths. It needs to be recognized that,  the countries with the highest recorded death rates are the countries who put the economy of the state over the health of the individual. In order to alleviate the uncertainty of Corona, this should have never of  been the choice; there is no choice when it comes to the lives of people.